Lia Scholl was called as our pastor in January of 2022. 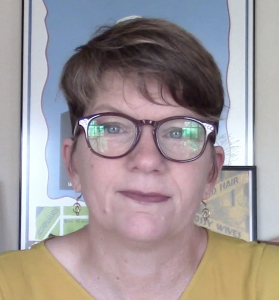 Lia has been a pastor for 20+ years. She says the best part of being a pastor is that people invite you into their lives, in the big and small moments. Pastors are invited because of the role, but they get to stay if they build trust!

As well as being a pastor, Lia has been an advocate for social justice—whether with the Poor People’s Campaign, the North Carolina Council of Churches, or with organizations advocating for sex workers, drug users, and returning citizens. She’s written a book about her work called I Heart Sex Workers (Chalice Press, 2013).

Lia is originally from Birmingham, Alabama, and has lived in North Carolina for about seven years. She’s married to Drew, and loves being family with him and his daughter, Emma. For fun, she runs, sews, and knits. 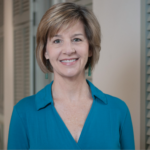 Monica’s journey with First Friends began in early 2015 as the Interim Minister of Music. Within just a few weeks, she felt as though she  had discovered her spiritual home. The diversity, the rich tradition and deep love of music, the contemplative spirit, the warm hospitality, and the gifted and compassionate staff are just a few gifts of this community that she cherishes. It is a place where she can share her passion for sacred music as a vital and authentic way for us to encounter the holy.

Monica has been in ministry for more than 25 years. Ordained as a Baptist minister, she has served in a variety of ecumenical settings. She grew up just north of Greensboro, in Reidsville. She and her husband, Phil,  have lived in Greensboro for 32 years. They have two children— daughter, Lesley-Ann, and her husband, Blake, live in New York City, and their son, Reid, lives in Greensboro. In addition to her work at First Friends, Monica offers Spiritual Formation opportunities for groups and individuals.

If you play an instrument or love to sing, Monica would love to share more with you about the opportunities here at First Friends. 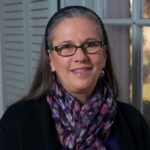 Pam is from Greensboro, and First Friends Meeting is the church her family was attending when she was born. She’s been a Quaker all her life.  After graduating from Rockingham Community College and Guilford College, Pam worked as the Director of Accounting for a large dairy cooperative for many years.  She and her husband, Jim, moved to Knoxville, TN in 1995. After 17 years there, they returned to  Greensboro in 2012 to live closer to family.

Pam’s work with the staff at First Friends began in 2013.  She is also on the Hospitality Committee, and works with the Food Pantry.  She likes to read, attend sporting events, and spend time with her family.  She’s glad to be a member of a church community where she feels welcome and very much at home.  She also enjoys working with such a wonderful and caring group of people. 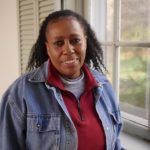 Ellen Ramsey was born in New London, Connecticut. During her formative years she spent summers with dear family friends who happened to be a well-known Quaker family of Ledyard, CT,  Priscilla Watrous and Helen Watrous. The Watrouses offered Ellen her first introduction to the Religious Society of Friends.

She attended Quinnipiac University in Hamden, CT and worked at Kaman Aerospace in Bloomfield, CT before relocating to Greensboro. In Greensboro Ellen was employed by the Center for Creative Leadership for 26 years. During that time she also became involved in church support, designing web sites and publishing bulletins for various churches. Over the years, she became of member of a United Methodist Church, a Baptist Church and presently, a Bible Church in Kernersville.

Being office manager for First Friends has been one of the warmest experiences of Ellen’s life. It’s wonderful to work in a place where she knows that she is among true and supportive friends, and she feels as though she has now come full circle.

Feel free to email Ellen if you ever need assistance.